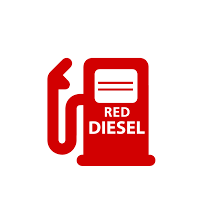 An eight week consultation is underway on plans to ban red diesel for propulsion of pleasure craft in UK waters.

Following a ruling by the European Court of Justice in October 2018, which found that the UK wasn’t complying with the EU Fuel Directive by allowing the use of red diesel for pleasure craft.

HM Revenue & Customs had argued that ending the use of red diesel was impracticable, this was rejected by the European Court of Justice.  Now the government intends to abolish he scheme introduced in 2008 that allowed pleasure craft to use red diesel and pay the duty on the percentage used for propulsion.

The consultation closes at 1145hrs on 9th September 2019 and can be found by clicking o the following link: