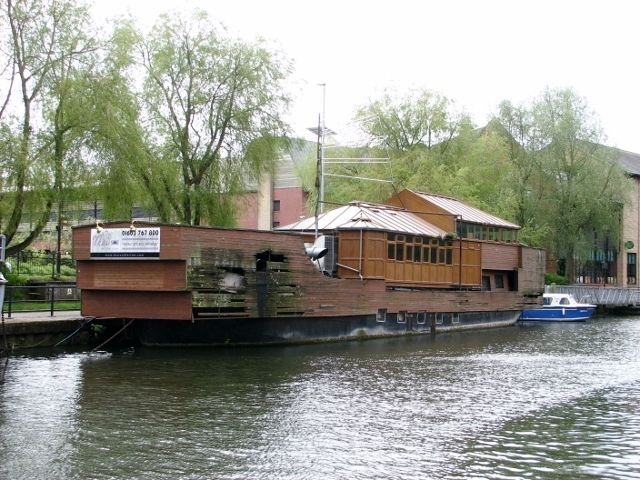 Vagabond on the move

Vagabond, the floating restaurant based at Riverside in Norwich is set to be moved after over 30 years.

The dutch barge, thought to be approximately 120 years old was originally brought over from Amsterdam in the 1980’s by the Kemp Family. Once across the North Sea, she spent several months in Great Yarmouth whilst the engine was restored and new windows cut in. Some 18 months later she was brought to her current ‘Riverside’ venue. She started life in Norwich as a European Restaurant specialising in Steaks & Grills. She was sold by the Kemp family in 2001, auctioned in 2002 when her Owner relocated to America and became a Chinese Restaurant in 2003, followed by the well know ‘Thai on the River’ in 2006. After over 10 years as a Thai Restaurant, she became an Italian before closing in 2019.

After being vacant for over a year, Norwich City Council have confirmed that plans are under way for the vessel to be moved to a different area.

UPDATE – The Vagabond will be escorted to the Deal Ground, Trowse between midnight on Thursday 12th March and 0430hrs on Friday 13th March for some much needed essential works. The onward journey to Breydon via the River Yare is expected once works are completed.